women's breasts, that arouses the lust of a man, and gives life to children, It also became a concern for women, because of the fear of catching breast cancer. 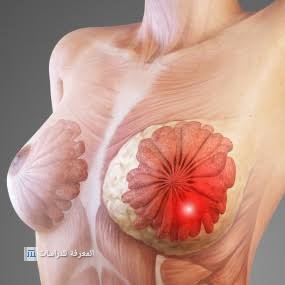 What is that disease:

Like many cells in the human body, Malignant cancer can attack breast cells, when breast cells become abnormal and begin to divide uncontrollably.

It usually starts from the milk-producing glands in the breast, or channels which turns milk to the nipple.

But the problem is that breast cancer is widespread. for example, In the United States of America, Breast cancer ranks second in the number of cases after skin cancer.

According to COS Paris Health care, France, most of the injuries are concentrated among women, from the age of thirty to forty-nine years.

It is possible for men to get breast cancer, But that is rare.

But we will make a huge mistake, If we only look at the United States of America, because breast cancer is a global disease.

According to the figures of the United Nations World Health Organization, Breast cancer is the most common type of cancer on our planet.

In the past year 2020 alone, more than 2.2 million people were affected by this dreaded disease.

Out of every 12 women in the world, one woman had breast cancer, and The World Health Organization also indicated that it had counted 685,000 deaths of women due to breast cancer during the year 2020.

Like the rest of his friends from our enemies "Diseases", It is extremely important to detect breast cancer early. Then the treatment will be easier.

There are many different ways to detect breast cancer, some are very simple, and some need to be checked with medical devices.

These methods are as follows:

*First: a specialist doctor examines the breast with his hands.
Of course, women may feel ashamed, or unwilling to let a man examine their breasts, bearing in mind that this examination may cause sexual arousal for some women. Therefore, it is possible to request the examination from a specialized female doctor.

*Second: The good news here is that any woman can examine herself, It doesn't take much effort to learn it, most women can learn, through one or two examinations from the female doctor, how to examine the breast on their own.

The breasts are pressed between two firm surfaces to stretch the breast tissue.
The device takes black-and-white pictures of your breasts that appear on a computer screen and are examined by a doctor who looks for any signs of cancer.
The scan takes less than one minute.

*Fourth: Biopsy, In this method, the doctor takes a sample. it is sent to the laboratory, thus, the presence of breast cancer is definitively confirmed.

Symptoms of the disease:

After explaining how to detect breast cancer early, we hope that no woman will remain unaware, until the symptoms actually appear.

But, anyway, keep it necessary, mention the symptoms of the disease, which is next:

As usual, we humans are always striving to solve problems.

Our heroes in this field are doctors, pharmacologists, and researchers.

They sought to develop many treatments that help cure breast cancer, Including:

It's the unpopular way, But there is an old Arabic proverb that says "The last medicine is ironing with fire".

Doctors have to the mastectomy, when cancer cells spread in a way that drug treatment cannot stop. 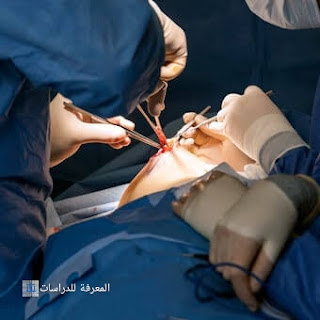 But, in many cases, the doctor may decide to perform a partial excision.

Then breast cancer will be able to infect the axillary lymph nodes to become invasive, and then spread to other organs, which eventually causes death.

Like many types of cancer, it is possible to use chemotherapy against breast cancer.

Radiotherapy is currently used to treat breast cancer, Whether it is without surgery or after surgery.

This type of treatment uses "high-energy X-rays", or protons, one of the advantages of this treatment is that it is painless.

There is an old Arabic proverb that says: "Prevention is better than cure".

Fortunately, there are a number of ways to prevent breast cancer, of between it:

Going to bed early allows your cells to rest, In addition, some interactions in the brain take place only when sleeping in the dark of the night.

The Messenger of Muslims, Muhammad, may God bless him and grant him peace, says, about 1500 years ago "You should not stay up after the evening prayer".

Roughly, this hadith means that you sleep at nine at night.

According to IMOR, It is an anti-cancer foundation, In Barcelona, the capital of the province of Catalonia, Kingdom of Spain. quitting alcohol helps prevent breast cancer.

God says in the Holy Quran: "O you who have believed, indeed, intoxicants, gambling, [sacrificing on] stone alters [to other than Allah], and divining arrows are but defilement from the work of Satan, so avoid it that you may be successful" Sura 5: AL-MAEDA (THE TABLE) - Juz' 7.

It has been scientifically proven that smoking is one of the most common causes of cancer.

In many countries of the world, a warning has been placed that smoking causes cancer, even on the cigarette packs.

The Messenger of Muslims, Muhammad, may God bless him and grant him peace, said: "No harm, no harm".

Because of this, contemporary Muslim scholars have said that smoking is forbidden in Islam, because it leads to harm to the human body.

Exercising reduces the risk of developing types of cancer in general.